Every time the High School Musical actor has a makeover, it's a controversy for audiences. 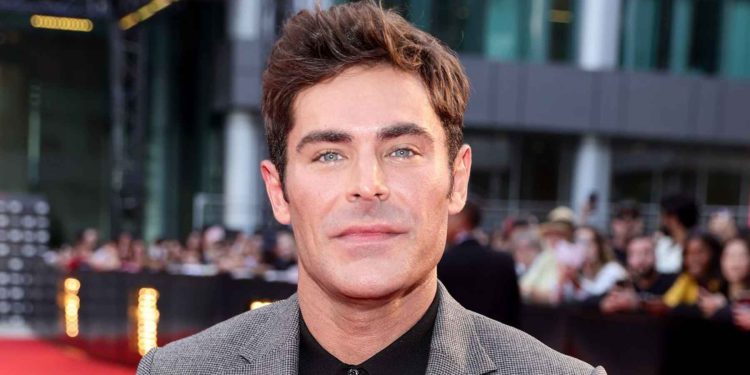 While Zac Efron has always been in the spotlight for his appearance, he has recently faced ridicule and rumors. To the public, he’s no longer Disney’s cute guy or Baywatch’s sexy man… especially for his rumored face surgery. After appearing before the cameras with a much different appearance than we know, comments and memes on social networks have not stopped emerging.

As in that time, his new look has given much to talk about. And fans, reporters, and social media users have no mercy in voicing their opinions. It all started after the recent images taken of the actor during the filming of his new film, where he will give life to wrestler Kevin Von Erich for ”The Iron Claw”.

Zac Efron’s appearance is once again in memes

Even though his change of look is due to a character, people have wasted no time giving their opinions. In the recent photos, the actor and singer are wearing a tight gray T-shirt with a crew neck and torn denim shorts. And, the joke gets worse with the brown wig with a short bangs and wavy hair that reaches the ears.

Immediately after the photos went viral, users wasted no time comparing him to different fictional characters. Names began as “Lord Farquaad’s Lost Brother,” who we all remember for his short stature and very peculiar haircut style similar to Zac Efron’s.

Other tweets say, “It looks like Lord Farquaad came to the weight room,” pointing to Zac Efron’s muscle climb for the role. “I see Lord Farquaad has been working out,” joked another fan.

Or that’s what users also call him on social networks because they don’t just compare him to the character in Shrek movie. Other fans dared to go further and brought to light a famous symbol of the 80s, He-Man. Funnily, it does bear much resemblance to Zac Efron with his current appearance.

And it could even be said that it is his living image, both in musculature and in the short hair to the ears and straight bangs. Many users said it is perfect for playing the role of He-Man and starting fighting the villain Skeletor.

However, despite the jokes, Zac Efron’s role is much more severe than the previous two characters. In reality, his role will play wrestler Kevin Von Erich who is now 65. But, in the late 70s and early 80s, he was known as a world wrestling champion.